Town to trail days have me eating interesting breakfasts: bagel with cream cheese and a donut from the motel’s continental breakfast, Belgian chocolate milk from the grocery store, a breakfast burrito and coffee from town, and spinach and green veggie juice from home. That about sums up what I want to eat most. Dark leafy greens and calories.

We took it slow getting out of town today to avoid the temptation of making miles and getting to camp time near the summit of Mt. Taylor.

Hugo Mumm kindly gave us a ride to Smith’s Supermarket, which saved us 4 miles of unnecessary road walking. Thank you to the Mumm’s for helping us in the morning before taking care of work in Albuquerque!

Trail errands finished, we started walking the road out of town. Within a few miles we were on lovely dirt trail and the official CDT!

It felt so novel. Gabriel and I and the other hikers who started out today all felt the same way. We were giddy. Trail!

Not So Bad, Smudge and Gabriel chat about gear in front of Taco Village. 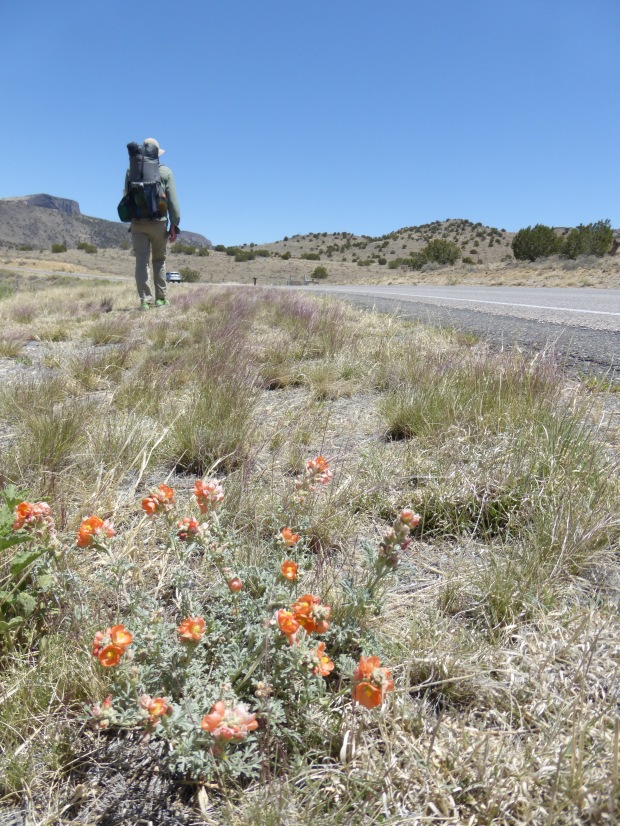 Must learn the identity of this yucca!

Looking south at where we came from. Most recently, Grants. 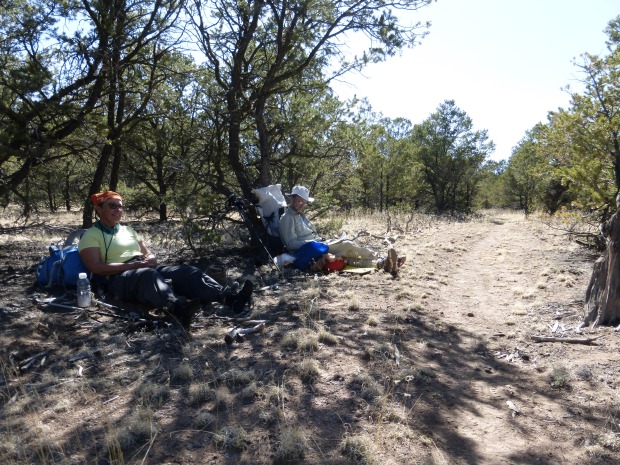 Smudge and Shutterbug lounging in shade next to the TRAIL!

Gradually we hiked up the mesa to the base of Taylor. First walking through grassland. The juniper and pinyon woodlands. Into Ponderosa forests. And into mixed conifer stands of pine, Douglas-fir, spruce and aspen. All on lovely dirt trail. (Okay there was about 0.75 miles of road at the end, but FR road not asphalt or hardpan.

Something shiny in the forest. I really don't get light beer.

Reaching the Mumm’s water cache, we stopped for the evening. Other hikers had the same idea and arrived shortly before or after us. Six of us! The largest camp gathering we’ve experienced on the CDT.  Time for a pleasant dinner party. Smudge, Shutterbug, Not So Bad, Gabriel and I enjoyed conversation over our various dinners. (Voyageur visited briefly before dinner.) 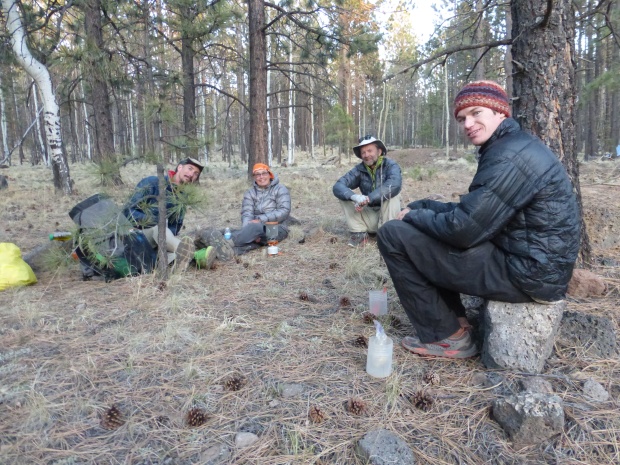 Dinner party!: Gabriel, Smudge, Shutterbug, and Not So Bad.

Sunset colors through Ponderosa and aspen.

Camped in lovely duff at 9300 feet. A surprisingly warm evening. Perhaps summer is coming after all.

2 thoughts on “A day on great trail”